I dedicate this post to everyone who can’t and or won’t coil. I understand, I really do. It was with much teaching of new words to the parrot that I produced my first duel coil. I have an Orieco Storm that I got from Grey Haze a few weeks back, and I’d been very happy with a single coil horizontal coil set up on it, with one wick going into both juice wells. But I had to get clever, didn’t I. I had to try and prove that I could manage this duel coiling lark. And the Orieco is “simple” to coil. Isn’t it, forum frequenters. Two neat little horizontal coils, sitting in the juice wells and not touching any metalwork, easy mate, vapes like a train! I summoned my coiling help minion (who isn’t speaking to me again yet) I gathered the instruments of torture. The parrot took one look at the surface of my desk and removed himself to the cage where he sat, voluntarily behind bars, watching. The dog hid under the bed. 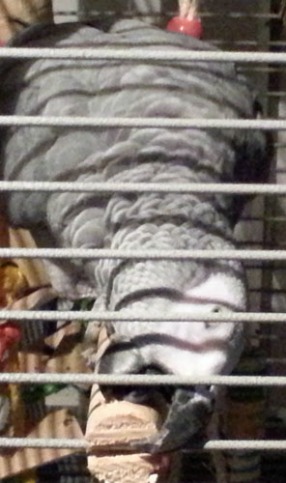 Wrapping and torching the coils was the same as ever, I made them with a few more wraps than usual in order to have the ohms of the double coil somewhere around the 1 ohm mark because two coils divides your normal coil resistance in half. Then I tried to fit them. Gentle reader, the parrot can now question my parentage in two languages, cast aspersions on my gender identity and sexual preferences, blaspheme the deities of several mainstream religions, and provide several common words for private parts heretofore unheard in this house. I am just grateful that the dear Vicar isn’t due here for tea this week.

There was no way those coils were going in horizontally. They just would not go in, catch and sit without shorting. So I turned them vertically and wicked each one separately from the juice wells up. It’s not brilliant. It vapes, but the single coil was a far, far better vape on that RDA. 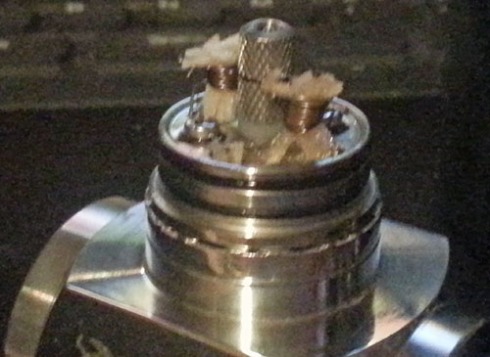 The real heart-breaker is that I am going to have to rip those coils out and either start again, or go back to the single coil set up I had in there which worked. I can always tell when a build doesn’t cut it in anything I vape on because it just gets shuffled out of the rotation. Like that Hammer clone which is now used as an atty stand. If I don’t like it, it sits not getting used. Coiling is reasonably simple once you learn the basics but it’s not easy and my wonky hands and arthritic fingers make for happy fun swearing lessons. I’ll give it another go in a few weeks when my confidence is boosted again. We’ll just chalk that up as an epic fail with comedy value.

Please Support the NNA so that their voice for vapers can be heard loud and clear. Add your name as a supporter and then find the Paypal donate button on the right of the main page. Follow @NNAlliance on Twitter.